Last week on October 29, the Literature Track held an event at The Dusty Bookshelf celebrating the recent publication of Margaret Atwood’s The Testaments — the long-awaited sequel to her 1985 dystopian novel, The Handmaid’s Tale. Both novels are set in an alternative present where the United States is overthrown by the authoritarian theocracy Gilead, which subjects reproductively viable women, called Handmaids, to ritualistic rape in order to produce children for the ruling classes.

In the 34 years since its publication, The Handmaid’s Tale has become frighteningly timely, with the increasing number of state legislation restricting reproductive freedoms, and the appointment of known sexual predators into the highest positions of political power in the country. The image of the Handmaid—red cape, white bonnet, and all—has become a ubiquitous symbol of both subjugation and defiance. The Handmaid’s Tale speaks to our deep-seated anxieties that the dear freedoms upon which this country is based can be slowly and almost imperceptibly eroded away, or snatched up in one well-timed military coup. Perhaps that is why in recent years the novel has met with much commercial success: it has been translated into more than 40 languages, adapted as as a film, opera and ballet, and most recently, turned into graphic novel published in March 2019. But, probably, its most popular incarnation is as the 2017 Hulu series, which recently concluded its third season — winning eight Primetime Emmy Awards, and two Golden Globes for Best Television Series and Best Actress.

With the publication of The Testaments in September 2019, Atwood rides the wave her own zeitgeist, creating one of the most anticipated book launches since the Harry Potter series. Within the first week of publication, one copy of The Testaments sold every four seconds. The novel has also met with much critical acclaim, co-winning the 2019 Booker prize and making Atwood, at age 79, the oldest awardee in the prize’s history. 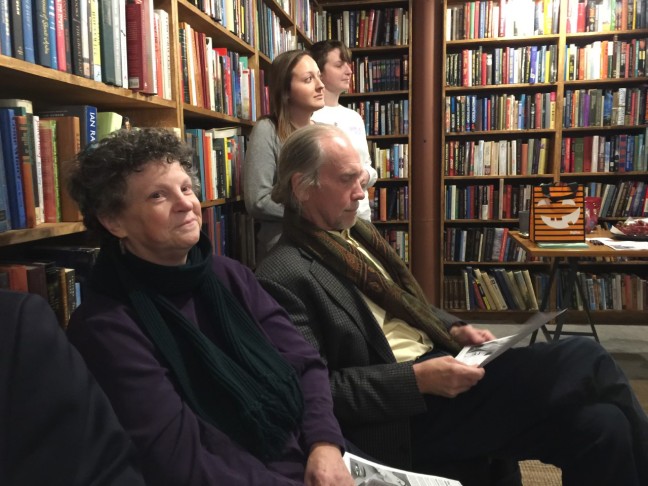 The Testaments is set 15 years after the events of the first novel and is told through the lens of three narrators—a young girl of marriageable age living Gilead, a teenager living in the still intact democracy of Canada, and the infamous Aunt Lydia, who features prominently in both the book and Hulu versions of The Handmaid’s Tale as the matriarch-cum-torturer of the Handmaids. Our lively discussions were framed around this latter problematic character, poring over an excerpt from Aunt Lydia’s opening narrative in The Testaments and examining a clip from her first scene in the pilot episode of The Handmaid’s Tale Hulu series. As a group, we explored the implications of telling a third of The Testaments’ narrative through its preceding novel’s antagonist. 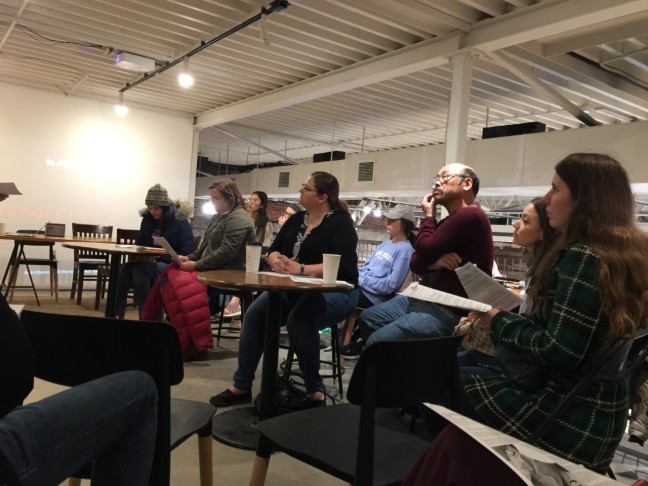 As the leader of the Aunts — a Gileadean social class designed to subdue other women — the figure of Aunt Lydia comments upon the complicity of the oppressed in the subjugation of their peers, or as at Atwood puts it in the epilogue to The Handmaid’s Tale, “no empire imposed by force or otherwise has ever been without [the] control of the indigenous by members of their own group” (308). Aunt Lydia’s perspective in The Testaments exposes the inner workings of Gilead, as well as complicates both our relationship with her as a character and our grander notions of villainy and heroism. We are shown that in a place like Gilead, there are no true heroes or villains, but those who survive — at times, by any means necessary — and those who don’t. 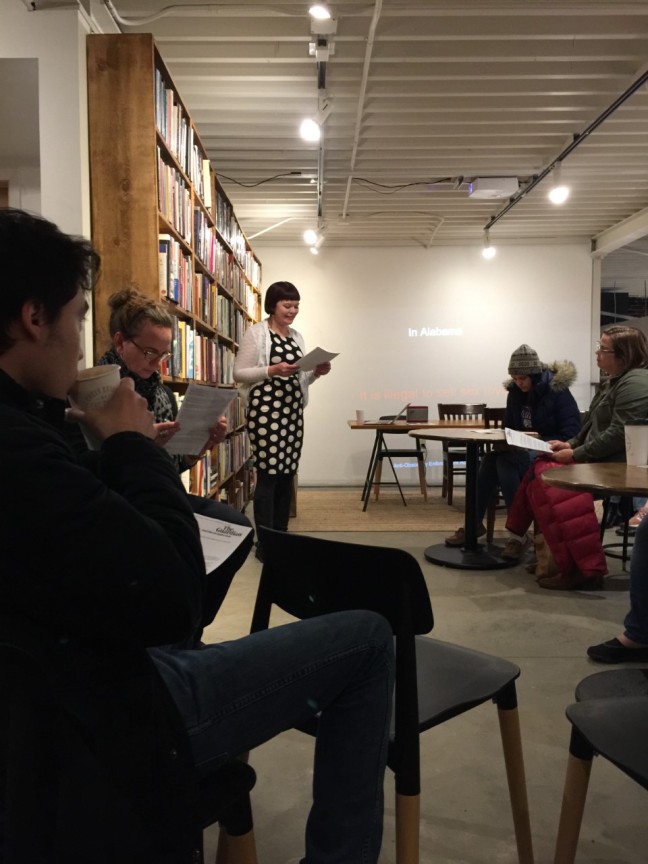 Above all, Atwood’s dystopia reminds us not to take our democracy for granted, especially considering that, for American women, the right to vote was only ratified as the 19th amendment 100 years ago. This is why the Literature Track’s next event this fall will be dedicated to preserving the voices of the suffragettes who fought for women’s inclusion in the democratic process.

Join us at the Manhattan Public Library on Wednesday, November 20th from 6:30-8:00pm to transcribe the Library of Congress’ digitized collection of manuscripts by suffragettes in recognition of the centenary of the 19th amendment. Now that we’re “out from ‘Under His Eye,’” keep an eye out for further promotional materials advertising our “transcribe-athon” event!