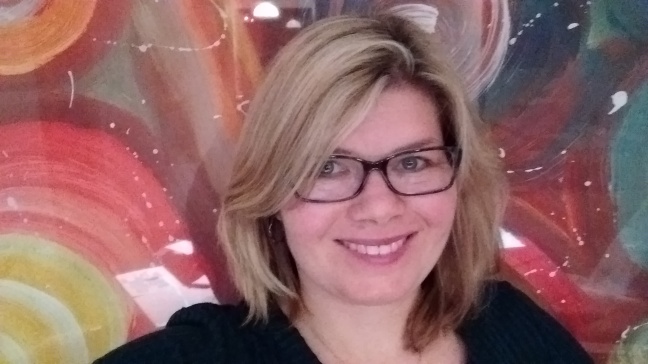 Moin! That’s how people in northern Germany say “hello.” Doesn’t matter if you’re clubbing on the Reeperbahn, banking downtown, or jogging around the Alster on a Sunday afternoon — in Hamburg, you greet each other with moin.

I’m spending this fall semester studying abroad at the University of Hamburg. Some of my classes are in English and others are in German. Like in the majority of the world, multilingualism is the norm in Hamburg. I hear my classmates shift from Russian, Turkish, Arabic, Spanish, and Plattdeutsch into German or English, depending on the context.

I’m not a balanced bilingual, yet. I had to read Deniz Utlu’s Die Ungehaltenen (a piercingly raw novel about post-migration Turkish-Germans in Berlin) with dict.leo on my laptop. And I’m definitely nervous about the presentation on Hamburg filmmaker Fatih Ahkin I have to give soon. However, grammar mistakes aside, I’ve been engaging in conversations about race, privilege, space, and voice. I find myself listening more than speaking.

I also notice that reading is part of the cityscape. Bookshops and newspaper stands populate the streets, like the buskers and the currywurst stands and the Turkish döner imbisses. The metro buses are equipped with bookshelves (for emergency reading?). My daughter likes to go to the pharmacy and grocery store not for the free lollipop, but because she gets a free magazine each month.

Perhaps the strongest public endorsement for literature is the Lange Nacht der Literatur (“Long Night of Literature”). Once a year, over 50 libraries, bookshops, and cafés throughout the city host readings, discussions, and book presentations. Some of the authors are well-known; others are newcomers to the literary scene. What they share is the written word and that they live in Hamburg. And, to celebrate the often over-looked people who bring us books, the Hamburg Cultural Authority awards one bookshop €10,000 in a celebration at the Kunsthalle Art Museum.

Fortunately, readings aren’t limited to the Lange Nacht. The AHAB series meets monthly in German Seamen’s Mission — that’s the hotel where the sailors overnight before embarking on a six- to nine-month voyage aboard a container ship. There, in the chapel, a group of English-speaking writers meets to share poetry, stories, essays, and songs by candlelight.

I really like the positive vibe. Is it the ship-like atmosphere? Or that the crowd comes from all over the globe—Nigeria, India, New Zealand, Sweden, Germany, and the United States? Or that seafarers and writers are both voyagers, one of the ocean and the other of the imagination?

Just as inspiring is the Hafenlesung, an international, multilingual reading series. At each Hafenlesung, six authors read their works first in their native tongue, and then in translation in either English or German. Hamburg, being a wealthy port city, has always known multilingualism, and this series intentionally continues that tradition.

When I went to my first Hafenlesung back in September, I got lost. I couldn’t find the Oberhafen, and I kept wandering back along the quai towards the U-Bahn station, the trendy restaurants, and the new park. The sun was setting. Then, I walked under the railroad bridge, where some graffiti artists had tagged the brick walls. The warehouses loomed next to the canals, and the only people were inside a bar. Just when I thought I should turn back, I heard voices. On some metal stairs sat a group of middle-aged hipsters wearing black leather jackets and white sneakers, sipping Astras and nibbling on vegan cookies. Of course, the reading was in a converted warehouse. My friend Lubi waved me over. She was reading that night. I ordered a water, and we sat next to a man from Iran.

Then the reading began. I’d never heard someone speak Arabic, Farsi, or Turkish before, and my Spanish is rusty. I was, once again, lost. When the reader switched to German or English, I have to admit I felt massive relief.

Yet that discomfort was part of the point. There are over 7,000 spoken languages in the world — which means that there are many, many ways to express an idea or an emotion. If each language embodies a way of thinking, then it’s clear that there is no one “right” way to approach a topic. Suddenly, the world becomes a whole lot more dynamic.

I’ve been pushed out of my comfort zone a lot lately, usually multiple times every day.  That’s a good thing. I’m discovering that when I think I’m lost, I’m actually finding new translations.