Two writers who recently visited Kansas State made the 10-writer longlist for the 2018 National Book Award in Fiction. 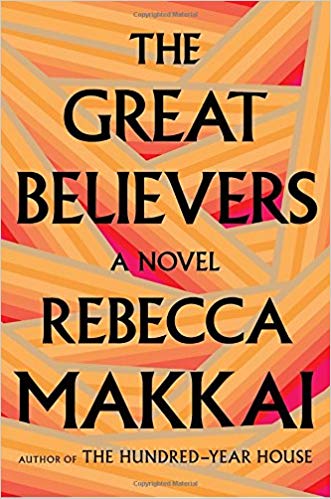 Rebecca Makkai visited Kansas State in March of 2012. At that point, I considered her one of the modern masters of the short story (I’m not alone in that assessment: her stories once appeared in the annual Best American Short Stories anthology for four straight years, a unique modern-era feat). With her latest book, however, The Great Believers, she has stepped up as one of America’s best novelists. The Great Believers explores the 1980s AIDS crises in Chicago. So far, it’s my favorite book of 2018.

Twenty miles from here, twenty miles north, the funeral mass was starting. Yale checked his watch as they walked up Belden. He said to Charlie, “How empty do you think that church is?”

The closer they got to Richard’s house, the more friends they spotted heading the same way. Some were dressed nicely, as if this were the funeral itself; others wore jeans, leather jackets.

It must only be relatives up at the church, the parents’ friends, the priest. If there were sandwiches laid out in some reception room, most were going to waste. 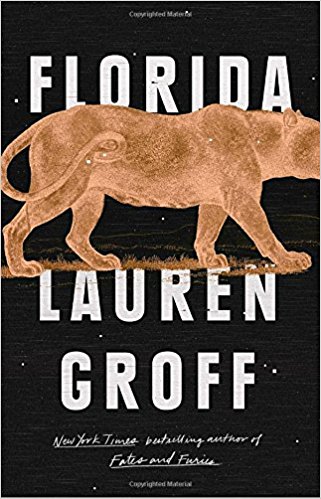 Lauren Groff visited Kansas State in 2012, too, in November. Her new story collection, Florida, examines both the state of that state and the state of American women. Lauren wrote my favorite passage of fiction in probably the last decade: the opening section of her novel Arcadia, which stands, on its own, as an exquisite novella. She’s one of the absolute best prose stylists around. When Groff visited Kansas State, Kylie Kinley wrote the following about her: http://k-statecreativewriting.tumblr.com/post/37190980520/on-lauren-groff-ferocity-and-writing-in-the-dark

Here’s the opening to “Above and Below,” one of the stories in Florida and a story I love to teach:

She’d been kept awake all night by the palm berries clattering on the roof, and when she woke to the sun blazing through the window she’d had enough. Goodbye to all that!she sang, moving the little she owned to the station wagon: her ex-boyfriend’s guitar, the camping equipment they’d bought the first year of grad school (their single night on the Suwannee, they were petrified by the bellows of bull gators), a crate of books. Goodbye to the hundreds of others she was leaving stacked against the wall: Worthless, the man had told her when she tried to sell them.

Goodbye to the glass mountain of debt she was slithering out from underneath. Goodbye to the hunter-orange eviction notice. Goodbye to longing. She would be empty now, having chosen to lose.

Here’s a photo of Groff (left) and Kinley from back in 2012. (Yep, that’s my old refrigerator in the background!):

Of course I don’t know who is going to win this year’s National Book Award (the Brits actually bet on their book prizes more than Americans; here are the current odds for the Man Booker Prize: https://www.oddschecker.com/awards/man-booker-prize), but here’s a tip for you: If you’re interested in collecting books, start buying first editions of work by Makkai and Groff. They are in the early phases of truly important writing careers. Unfortunately, the history of book collecting has been dominated by male collectors who mostly collect works by men. Thankfully, entities such as Second Shelf Books are starting to change that. Book collectors and general readers alike should have Groff and Makkai on their shelves.

2. I’m a big fan of another writer on the National Book Fiction longlist too.  I’m teaching Jamel Brinkley’s debut collection, A Lucky Man, along with Groff’s Florida, this semester in English 253 “Short Story.”

3. Here are links to Makkai talking to Seth Meyers and to Groff talking to PBS Books: