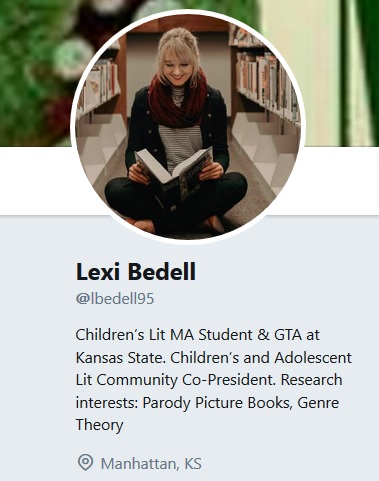 As we enter the second week of the semester and try to stay warm during the current Polar Vortex and sub-zero wind chills, we showcase a recent Twitter thread from Alexis (Lexi) Bedell (M.A. ’20).

Lexi attended the 2019 Modern Language Association Convention in Chicago, IL (3-6 January). Known as “MLA” for short, the convention serves as the flagship disciplinary conference for the fields of English and Modern Languages. Concurrent panel sessions,  round-tables, and workshops span literary periods, genres, methodologies, and languages, with 10-20 options in each 75-minute time slot, followed by 30 minutes to catch up and run between sessions. Emerging and established scholars occupy the same intellectual space and — when the convention is at its best — can exchange ideas on scholarship, teaching, and public outreach.

The first gathering of the MLA Convention was in New York City in 1883 and included 40 attendees, with attendance rising well over 1,000 by the 1930s. During the 1960s through 1990s, the convention could attract over 10,000, settling back to around 6,000 in recent years, according to statistics maintained by the Modern Language Association.

Stretching across a number of hotels and conference spaces in the year’s selected city, the MLA Convention is big — and it can be intimidating and overwhelming even for seasoned academics.

When Lexi realized she would be near the 2019 location at the time of the convention, she decided to attend. Several K-State English faculty traveled to Chicago, too, to present our scholarship, participate in workshops, and visit with colleagues, but Lexi navigated the convention on her own as well as in our company.  Her Twitter thread shares her reflections, following her first semester of M.A. course work and her first academic conference:

Visit Lexi’s Twitter thread to read her report — and kudos to all of our students who explore new professional experiences and our thanks to the mentors who support them!